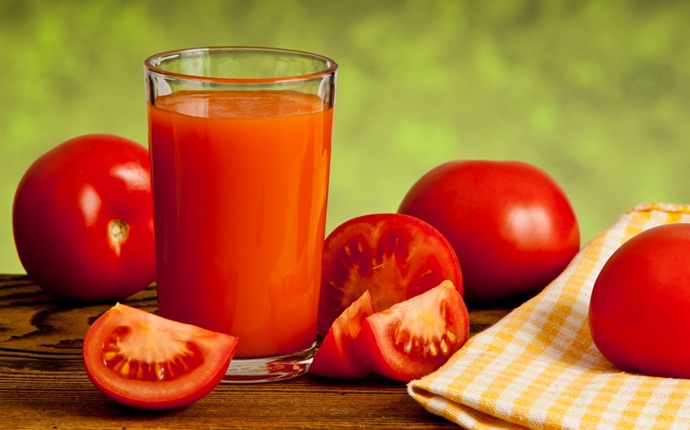 You have no doubt heard that Aspirin can save your life if you are experiencing a heart attack or stroke.

According to experts, it’s  partial cholesterol blockages that are most likely to cause a ruptured or blocked artery. And when an artery ruptures, it attracts platelets to the site of the wound. Platelets are the tiny blood cells that trigger blood clotting. Over time, a clot, also known as a thrombus, can build up on site of the rupture. And as the clot continues to grow, it eventually blocks the artery. If this blockage completely covers the artery, it ultimately deprives a portion of your heart muscle of brain of oxygen. This, of course, results in the death of essential cells, and may ultimately lead to a heart attack or stroke (1).

For years, doctors have recommended taking Aspirin daily to inhibit the platelets from gathering in your bloodstream. Small doses of Aspirin was said to stop blood clots in their tracks. The issue, however, is that while Aspirin may work, it also has side effects such as increased risk of cardiac failure, heart attacks, and severe gastrointestinal bleeding (2).

While Aspirin has been the go-to antidote for heart attacks for years, now the FDA has changed its tune.

When Bayer, the world’s leading manufacturer of Aspirin, lobbied to have the right to claim that Aspirin “can prevent heart attacks,” the FDA actually decided to look at the evidence prior to allowing the claim.

Since then, the FDA now recommends that you do not take Aspirin if you have never had a heart attack.

“The FDA has concluded that the data does not support the use of Aspirin as a preventive medication by people who have not had a heart attack, stroke or cardiovascular problems, a use that is called ‘primary prevention.’ In such people, the benefit has not been established but risks—such as dangerous bleeding into the brain or stomach—are still present.” (3)

Other research, some going back a decade, is in agreement. For example, a report by Dr. John G. F. Cleland, a cardiologist at the University of Hull in the UK,  published in the British Journal of Medicine, concludes that Aspirin therapy was not saving lives. He added that while “the number of non-fatal events may be reduced; the number of sudden deaths is actually increased.” (4)

His conclusion is based on the fact that Aspirin can mask a cardiac event in progress.

And Dr. Cleland is not the only physician who feels this way.

Dr. M. Sue Kirkman, the vice president of clinical affairs for the American Diabetes Association, says that because a growing number of recent studies suggest the benefit of Aspirin is minimal, there is not enough evidence to justify its routine consumption.

A report published in Drug and Therapeutics Bulletin, outlines the risks of long-term Aspirin use. Ultimately, it states that among other things, “long-term low-dose Aspirin therapy almost doubles the likelihood of gastrointestinal hemorrhage.” (5)

All in all, there are numerous studies on Aspirin and its possible side effects, which are linked to 64 different diseases to date, according to GreenMedInfo (6). These include duodenal ulcers, GI damage, and diverticular disease, increased risk of ER/PR-negative breast cancer in women, as well as an increased risk of kidney failure, cataracts, hearing loss, and even tinnitus.

Tomatoes To The Rescue

What most people don’t realize is that almost every drug  started out as a plant-based cure. In fact, Aspirin was originally made from white willow bark (7). Modern medicine then tweaked these natural ingredients until they no longer resembled nature’s original remedy. But one such remedy for preventing heart attacks and stroke that needs no manipulation or tweaking is tomatoes.

That’s right! Tomatoes are full of phytonutrients, including lycopene, beta-carotene, as well as a host of minerals like iron, magnesium and phosphorous. With a bounty of vitamins, such as Vitamins A, K, B1, B2, B3, B5, B6 and Vitamin E, these plump red fruits are a heart-protective treasure.

New research shows that tomato extract is actually more effective for thinning your blood than Aspirin, and without the worrisome side effects. The study, which was published in the European Journal of Clinical Nutrition, is garnering global attention.

It concludes that a lycopene extract “may be appropriate for use as a dietary antiplatelet.” (8)

Researchers further contend that tomatoes can protect your heart, as they have several bioactive factors that are able to lower cardiovascular risk by reducing  LDL cholesterol, triglycerides, homocysteine, platelet hyperactivity, and blood pressure (9).

They also agree with other researchers and studies that claim, “Aspirin therapy is also responsible for a number of serious side effects, rendering it unsuitable for use in primary prevention of CVD.” (10)

And for people who must take what we know are dangerous statins in order to control their cholesterol levels and blood pressure, scientists now say tomato juice and even cooked tomatoes have the same benefits as these drugs.

Experts in Australia have further analyzed the results of 14 international studies over the past 55 years that looked into the benefits of lycopene, one of the active ingredients in tomatoes. And their results conclude that lycopene can actually provide a natural defense to high LDL blood cholesterol levels. Some studies have shown that lycopene may reduce cholesterol synthesis and increase low-density lipoprotein (LDL) degradation (11).

In fact, the lycopene research is so strong that researchers from the Rowett Institute of Nutrition & Health at the University of Aberdeen in Scotland claim tomato extracts can be used as alternatives to drugs like Aspirin to thin the blood (13).

Dr. Brian O’Neil, a leading Cardiologist and Pediatric Surgeon further states that not only are alternatives like tomato extracts as effective as prescription Aspirin, but they have none of the side effects.

“We used aspirin indiscriminately for a long time as a pain reliever and anti-inflammatory, but we’re finding more discrepancies and risks when alternatives are proving more effective without the side effects associated.”

In 1999, European scientists developed a groundbreaking nutraceutical called Fruitflow that is made from the gel that surrounds tomato seeds. They patented it as a natural remedy to promote healthy blood flow by supporting healthy platelets. They claim, “It [Fruitflow] is the only product of its kind and one of the first dietary ingredients to receive an authorized health benefit statement from the European Food Safety Authority (EFSA).” (14).

The product is marketed as a suitable dietary intervention to control “platelet hyperactivity, which increases with age, the onset of type II diabetes, atherosclerosis and other conditions in subjects with low cardiovascular disease (CVD) risk.”

As you age especially, adding tomatoes to your diet is a great way to help protect you from a heart attack or  stroke. And the research says that tomatoes in most forms—cooked, raw, juiced—are all effective.

Studies clearly show that eating this nutritious fruits can lower your risk of cardiovascular and coronary heart disease by as much as 30 percent(15). So forget the Aspirin, reach for tomatoes!