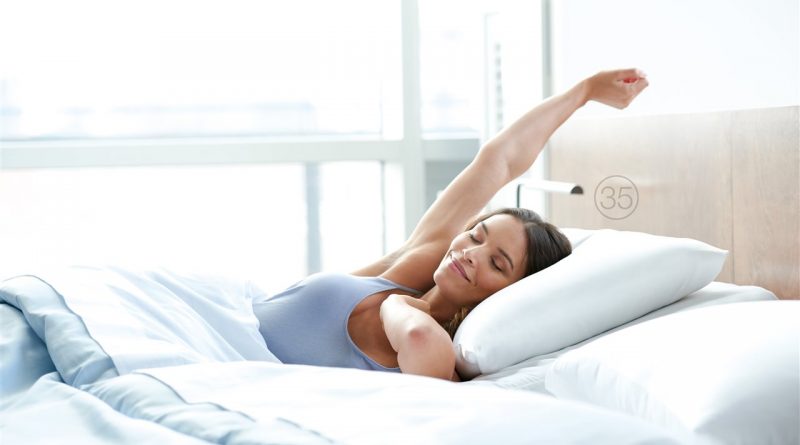 As the clock strikes midnight on New Year’s Eve, millions of people vow to eat better, work out more and lead a healthier life.

But something is missing from this equation. While eating well and getting exercise are extremely important, too often people neglect the keystone of good health: sleep.

While few people like daily workout routines, almost everyone loves sleep. And a good night’s sleep loves you, too: It boosts mental and physical well-being.

With today’s stressful, highly caffeinated, screen-addicted lifestyles, millions of people do not get enough sleep. There are many reasons for this. A look at the 2017 Sleep-In review suggests that sleeping habits are highly individualised and need to be addressed on a case-by-case basis.

A look at the numbers

A big culprit here is television. Nearly half of all respondents said that television often cuts into their sleep. In fact, 24 percent of millennials report that binge watching before bed prevents them from getting enough rest.

Nearly 70 percent say worry and responsibility are preventing them from getting the sleep they need. A racing mind keeps many people from getting rest. Worries about taking care of others — aging parents or young children — can often lead to neglecting yourself.

However, putting your own self-care first is often the best way to care for others. Those who sleep well say they have a healthy balance of taking time for themselves and helping others that need them.Of course, if you’re having difficulty sleeping, this might sound easier said than done.

How do you get there? How do you achieve that wonderful, restorative eight hours of sleep?

There’s not one right way to do this, but according to the survey, there are several habits good sleepers have:

* Have a laugh: Those who sleep well are more likely to watch a comedy before going to sleep.

* Keep it cool: Forty-five percent say that cooling down the bedroom temperature is the No. 1 thing they do to improve sleep.

* Stay tidy: Those who make their bed every morning are less likely to struggle with sleep.

A good night’s sleep can mean the difference between having a wonderful or a horrible day. More and more people are realizing this. Over half (54 percent) of those surveyed are making “improving the quality of their sleep” one of their New Year’s resolutions.

An individualized path to better sleep

In the past five years, millions of people have embraced software and technology that tracks their eating and exercise habits. These small devices give an individualized report that allows people to monitor their activity and adjust in a way that promotes good habits and health. Similarly, Sleep Number’s SleepIQ technology(R) tracks your sleeping habits, and in the morning, it gives you a personalized report on how you slept, offering insights on how you might improve your sleeping habits.

Sleep is so individualized, and there’s no one right way to do it. The more you know about how you’re sleeping, the more you can learn what adjustments you should make to sleep better. Learn more about the latest in sleep tracking and adjustable comfort at sleepnumber.com.