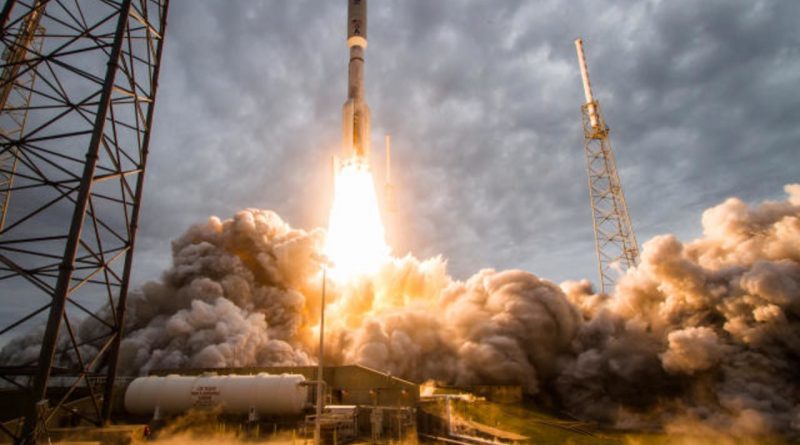 Searching for a vacation destination that’s out of this world? Look no further than Florida’s Space Coast — the primary home of NASA rocket launch operations and the origination point for numerous historic missions that have defined U.S. space exploration. For the science, technology and sci-fi enthusiasts in your family, there’s no better way to truly experience the excitement of the modern-day space race than to view a rocket launch in person during the yearlong celebration of the 50th anniversary of the Apollo 11 mission, which is 1969 landed humans on the moon for the first time.

And there is a whole lot more for the family to enjoy in this subtropical paradise along the Atlantic coast. Here are some of the best reasons to travel to Florida’s Space Coast before the year runs out.

1. Join the space race. Plan your visit around one of the several scheduled rocket launches in 2019. You can view a launch from almost anywhere along Florida’s Space Coast — at public beaches and parks, inside the Exploration Tower in Port Canaveral, along with the landmark Westgate Cocoa Beach Pier and countless other locations. Tour Kennedy Space Center Visitor Complex to examine the Space Shuttle Atlantis up close, gaze upon the legendary NASA launch pads, walk beneath a gargantuan Saturn V moon rocket, meet an actual U.S. astronaut and even train in a space flight simulator. Check out a cool 3D space film in the IMAX Theater, then take a short journey up the road to Space View Park in Titusville, where you can admire the Mercury, Gemini, Apollo, Space Shuttle and “In the Line of Duty” monuments. From the park, you can peer across the Indian River to spot NASA’s massive, emblematic Vehicle Assembly Building, which stands tall in the middle of the space center property.

2. Hit the beach. Florida’s Space Coast goes on for 72 miles north to south and is dotted with numerous inviting beaches. Families can enjoy the sun, surf, and sand at beachside locales such as Alan Shepard Park (named for the first American in space), which provides picnic, shower and restroom facilities for visitors. To experience one of the area’s many secluded and undeveloped beaches, head to the beautiful dunes of Canaveral National Seashore, on the region’s northern tip.

4. Enjoy a cruise. Port Canaveral is home port for major cruise operators such as Carnival Cruise Line, Disney Cruise Line, Norwegian Cruise Line, and Royal Caribbean International. You can plan a Caribbean cruise as part of your trip to Florida’s Space Coast or just take in the awesome sight of these magnificent cruise ships as they arrive from the sea or depart on their next adventures. In addition, there are a good number of dining, entertainment and recreational options in the port vicinity.

5. Get in touch with nature. Nearby nature preserves and wildlife attractions for the whole family include the nationally acclaimed Brevard Zoo in Melbourne and the Enchanted Forest Nature Sanctuary in Titusville. Go on a guided sea turtle walk at the Barrier Island Sanctuary in Melbourne Beach or spend time roaming the expansive Merritt Island National Wildlife Refuge, which shares the land with the adjacent Kennedy Space Center. For the more adventurous, an airboat ride, kayak trip or fishing excursion might be just the thing. Or simply enjoy plunking down amid some family-friendly commons such as Riverfront Park in historic Cocoa Village, where the kids can frolic on the playground and in the refreshing splash fountain.

Florida’s Space Coast offers an exciting, one-of-a-kind opportunity to get up to speed on all the latest developments in space exploration and to personally experience so much more. Up and down this beautiful stretch, every member of the family will find something extraordinary, fun and exhilarating to do. And there’s never been a better time to discover the adventurous spirit in us all.